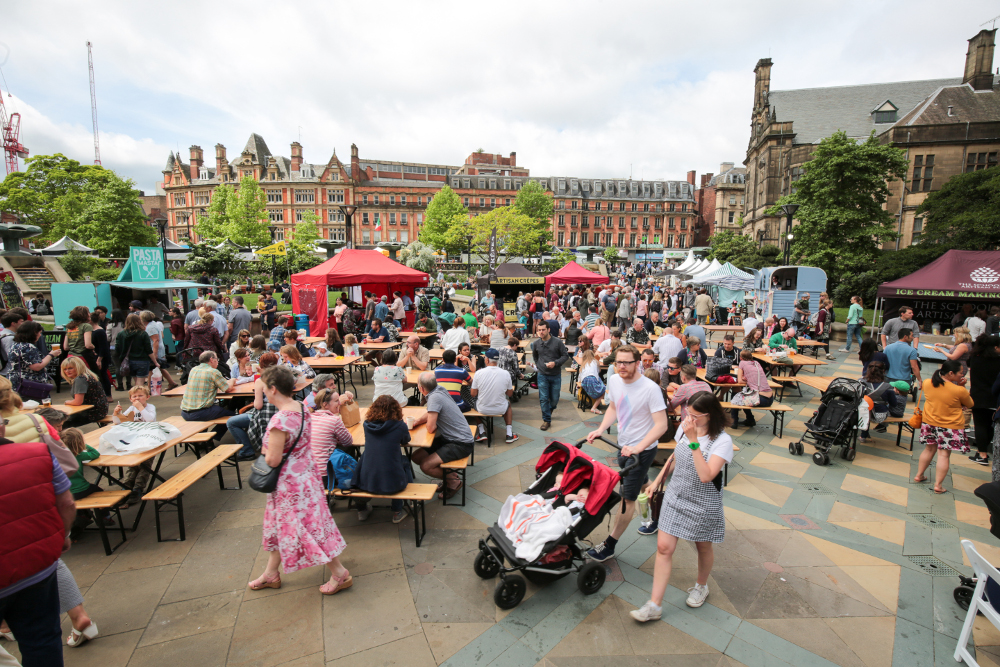 The Sheffield Food Festival is the main culinary highlight of the Sheffield festival calendar. It attracts over 50,000 visitors over the festival weekend and is the city’s largest free-to-attend event. It’s the support of the festival’s sponsors that makes this possible and this year the festival is proud to announce Just Eat as its headline sponsor.

Just Eat is the world’s leading online marketplace for food delivery and, since coming to Sheffield back in 2006, has gone on to partner with over 950 restaurants in the city region alone.

The food delivery market in Sheffield has grown enormously in recent years, with over 2 million orders brought to student flats, local’s apartments, and family living rooms over the last 12 months. Beyond driving more and more orders, Just Eat also help restaurants by offering valuable support and insights into their business. They help identify their Restaurant Partner’s busiest delivery areas, most popular dishes, and offer advice and support in other areas such as food hygiene, sustainable packaging and menu optimisation. Which all helps create a great experience for busy restaurants and hungry customers alike.

One of Just Eat’s Restaurant Partners at the festival this year is the popular Greedy Greek Deli of Sharrow Vale Road. Since opening their doors in 2003, the Deli has provided fresh, homemade cuisine to the people of Sheffield and beyond. Word on the street is that their Moussaka with a few drops of Hendo’s goes down a storm, so be sure to pay them a visit at this year’s festival.

Bob Worm, Director of Sheffield Food Festival concludes, “The food festival is growing year on year, and it’s great that we can have the support of a big brand like Just Eat. For 2019 we’re now officially starting the festival on the Friday and will run till 6pm on the Bank Holiday Monday. We’ve also extended the event footprint to take on more of Fargate. Let’s hope for nice weather!”