The Eats, Treats & Beats Festival Village returns to the top of Fargate in 2018, with its stylish set up, late opening street food ‘night market’ headed up by Smoke BBQ, outstanding bar with beers from Sentinel Brewing Co and Stancill Brewery, plus live music and DJs curated by Plug.

Eats, Treats & Beats returns to the top of Fargate again this year, in its stylish setting with luxurious stretch tent, hammocks in mini tipis and loads of al fresco seating. Opening hours have been extended, with a warm up day on Thursday 24th May (bar only) then in full swing from Friday 25th. The bar will again highlight local brewing talent, with Sentinel Brewing Co and Stancill Brewery providing a wide selection of ales and lagers at a range of strengths and prices. To complement the main Eats, Treats & Beats bar, there will also be food festival favourite, Mr D’Arcy’s Drink Emporium, serving gin, prosecco, cocktails and the ever popular chocolate champagne from their converted horsebox bar.

The street food selection is even bigger and better this year, with Smoke BBQ taking the featured pitch to serve their famous pulled pork butties, with meat that has been rubbed in their house spice blend and smoked for over 12 hours till it’s fall off the bone delicious, then drizzled with a tangy BBQ sauce and served in a brioche bun. Along with returning favourites The Gravy Train, there will be Get Wurst serving meat and vegan bratwurst and currywurst, Wah Wahs doing halloumerito, Mexican BBQ and churros, Fro by Joy’s indulgent but virtuous Froconut frozen dessert, Mama Tornado’s spiralised potato snacks, and brilliant brews and rainbow lattes served from Canny Coffee’s super cool solar powered horsebox.

Sheffield Food Festival has once again teamed up with Plug to provide a top notch programme of entertainment across the weekend, featuring a host of live acts, DJs and one or two surprises!

Propaganda is one of the UK’s biggest club nights, and over 25,000 people attend every week around the world! They’ll be providing the musical backdrop to Friday evening with an audio-visual mix from the likes of Arctic Monkeys, Catfish and the Bottlemen, Foals, Bastille, The 1975, Blossoms + much more. Propaganda’s DJs have played at some of the biggest festivals in the world including Glastonbury, Big Day Out, Reading & Leeds and Benicassim as well as at events in Ibiza, USA, Brazil

Saturday will be a special edition of Plug Live, bringing you the best up and coming artists from Sheffield and its surrounding areas. The day’s programme will be hosted by Just Alfie, himself a talented singer songwriter who’s made the journey from busking on the streets of Sheffield to now having played over 2,000 live shows!

11:30 – 12:00: Amy Louise is a young singer-songwriter based in Doncaster. Amy has placed herself very firmly on the scene with her different takes on relatively well known songs and with new original songs in the mix and 2 singles already released, exciting things are on the horizon.

13:00 – 13.30: Jake Brooker is a singer-songwriter raised in Essex on a diet of punk music and insomnia. He sings from the gut about his experiences, friends and beliefs with conviction and, at times, poignancy. Jake Brooker is a modern day folk singer with a gritty punk-rock heart.

14.50 – 15.20: JayRar is a vocal-focused, acoustic pop performer. He keeps the music stripped back to allow the lyrics and emotion of the voice to pierce through and truly be heard.

15.30 – 16.00: Otis Mensah is a young story-teller-rapper-poet with a talent for drawing the poetic from the everyday happenings in his life.

16.10 – 16.40: Sofia Vago takes influences from 1920s jazz, soul and R&B classics, her love of the past and old fashioned style is evident throughout. If you’re a fan of Amy Winehouse, Paloma Faith or enjoy an unusual voice – Sofia is the one to watch.

16.50 – 17.20: Broken Piano are a synth, guitar and vocal duo describing themselves as a “mega awesome band, we’d probably be in the ‘pop/rock’ section in HMV. Mildly evil…”

17.30 – 18.00: Andrew Warner is an upbeat loop artist bringing addictive hook-filled indie pop. Over the past three years he has gigged up and down the UK, and released his debut EP, Tales Of A Twenty-Something.

18.10 – 18.40: Rachael Webster is a new and upcoming solo acoustic singer/songwriter from Sheffield, she plays a mix of unique sounding, soulful originals with a few covers.

19:00 – 20:00: Pinnacle learned his skills watching the Great Grand Master Flash on WildStyle, which he describes as being hypnotic to him at a young age. He DJ-ed on Pirate radio in the late 80’s / early 90’s & any other places he could play. Years later, he’s still out there playing Funk, Soul & Hip Hop Break Beats.

20.00 – close: Geoff Ticehurst Geoff Ticehurst has been DJing in Sheffield forever. Gracing the decks for Tuesday Club, Remedy, Urban Gorilla and Plug amongst others he’s spun every genre you can think of at some point or another. Always expertly blending tracks to keep the dance floor moving you can expect nothing but good times.

Last year, Sunday at Sheffield Food Festival was very much a funk and soul affair, and the vibe was just right! So Plug’s Funk And Soul Club returns to provide the perfect backdrop to sunny Sunday drinks and street food. There’s some great DJs lined up, with live acts throughout the day, including a very nice little mid afternoon twist to look forward to (shhhhh!).

11.00 – 12.00: Andy H needs no introduction in this city. With his roots firmly based in the world of hip hop mixing and turntablism, Andy leaves you in no doubt that the art of DJing is well and truly alive in 2018.

13.00 – 13.30: Just Alfie is a talented singer songwriter who’s made the journey from busking on the streets of Sheffield to now having played over 2,000 live shows!

13.30 – 14.00: JayRar is a vocal-focused, acoustic pop performer. He keeps the music stripped back to allow the lyrics and emotion of the voice to pierce through and truly be heard.

Matic Mouth is an MC/Rapper who loves to write about and experiment with concepts, hidden meanings and clever wordplay. He’s curated a special show for the Eats, Treats & Beats Festival Village, featuring:

InaVibe (15:30) Jc Clack and Leona Jorgensen (Jc & Lee) collaborate their musical vibes to create a collection of original soulful songs with a mix of well known covers. Inavibe can connect with all walks of life.

Aziza Ayaven (16:50) serving fresh R&B sounds with a hip hop twist.  Aziza spent her younger years collaborating within the genres of hip hop and bassline before performing all over the UK and internationally.

18:00 – 18:30:  Madi-Lyn is a 17 year old, soulful singer is based in Sheffield. Madi may be new to the scene but she has full control over a powerful voice that sets the bar to all new heights.

On Monday, the Eats, Treats & Beats Festival Village will round up with a live day hosted by Plug’s Street Food Society, warming up for their relaunch in June. This will be a lazy day of nice relaxing music with some live acts through the day.

12:50 – 13:30: Madi-Lyn is a 17 year old, soulful singer is based in Sheffield. Madi may be new to the scene but she has full control over a powerful voice that sets the bar to all new heights.

13.40 – 14.10:  Just Alfie is a talented singer songwriter who’s made the journey from busking on the streets of Sheffield to now having played over 2,000 live shows! 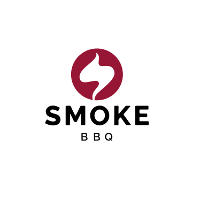 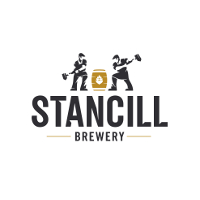